The rocks are crying out-Some of these documentaries may contain images, language, and music that we cannot condone from a conservative Christian perspective, however,  we believe that the information they contain is vital to understanding many of the health problems today. We have endeavored to choose some of the best.  Just click on the documentary name to find the described link. 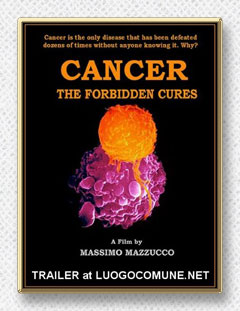 Available free for the watching.

In the last 100 years dozens of doctors, scientists and researchers have come up with the most diverse, apparently effective solutions against cancer, but none of these was ever taken into serious consideration by official medicine.

Most of them were in fact rejected out-front, even though healings were claimed in the thousands, their proposers often being labeled as charlatans, ostracized by the medical community and ultimately forced to leave the country. At the same time more than 20,000 people die of cancer every day, without official medicine being able to offer a true sense of hope to those affected by it. Why?

This video highlights multiple alternative therapies to chemotherapy and also why they aren't often available.

Available for watching here for a small fee or check it out at your local library.

Cut Poison Burn is a controversial, eye opening, and sometimes heartbreaking documentary that puts the business of cancer treatment under the microscope. Follow the frustrating journeys of critically ill cancer patients as they try to navigate the confusing and dangerous maze of treatment and encounter formidable obstacles in the “cancer industrial complex.”  A compelling critique of the influence of medical monopolies, the power of pharmaceutical companies and government agencies, Cut Poison Burn is essential viewing for anyone and everyone touched by cancer. 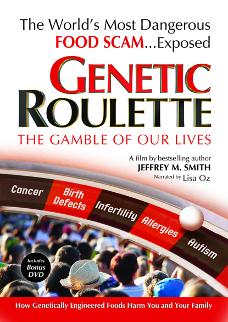 Genetic Roulette
The FREE one hour abridged official version of Genetic Roulette.
Genetic Roulette – The Gamble of Our Lives  the Top Transformational Film of 2012 by AwareGuide!
Never-Before-Seen-Evidence points to genetically engineered foods as a major contributor to rising disease rates in the US population, especially among children. Gastrointestinal disorders, allergies, inflammatory diseases, and infertility are just some of the problems implicated in humans, pets, livestock, and lab animals that eat genetically modified soybeans and corn.
Monsanto’s strong arm tactics, the FDA’s fraudulent policies, and how the USDA ignores a growing health emergency are also laid bare. This sometimes shocking film may change your diet, help you protect your family, and accelerate the consumer tipping point against genetically modified organisms (GMOs). Don’t miss this film!

This video provides some of the devastating facts and side effects of psychotropic drugs and the huge profits they create for the pharmaceutical industry. It contains information that every parent should know. Protect your family, inform yourself!